Apocalypse is an Intamin Multi-Drop Tower opened in 2000 in conjunction with Sheriff's Showdown (then Golden Nugget's Wild West Shootout). The ride opened with four drop towers, with infrastructure for a 5th being present and used in 2002, this being the stand-up floorless option. Theming was completed by Space Leisure as a joint project.

Have you dared try "Britain's Scariest Ride" as rated by Channel 5's The Gadget Show? If so, what is your favourite tower? Do you wish the original theming from the top of the tower was re-added? 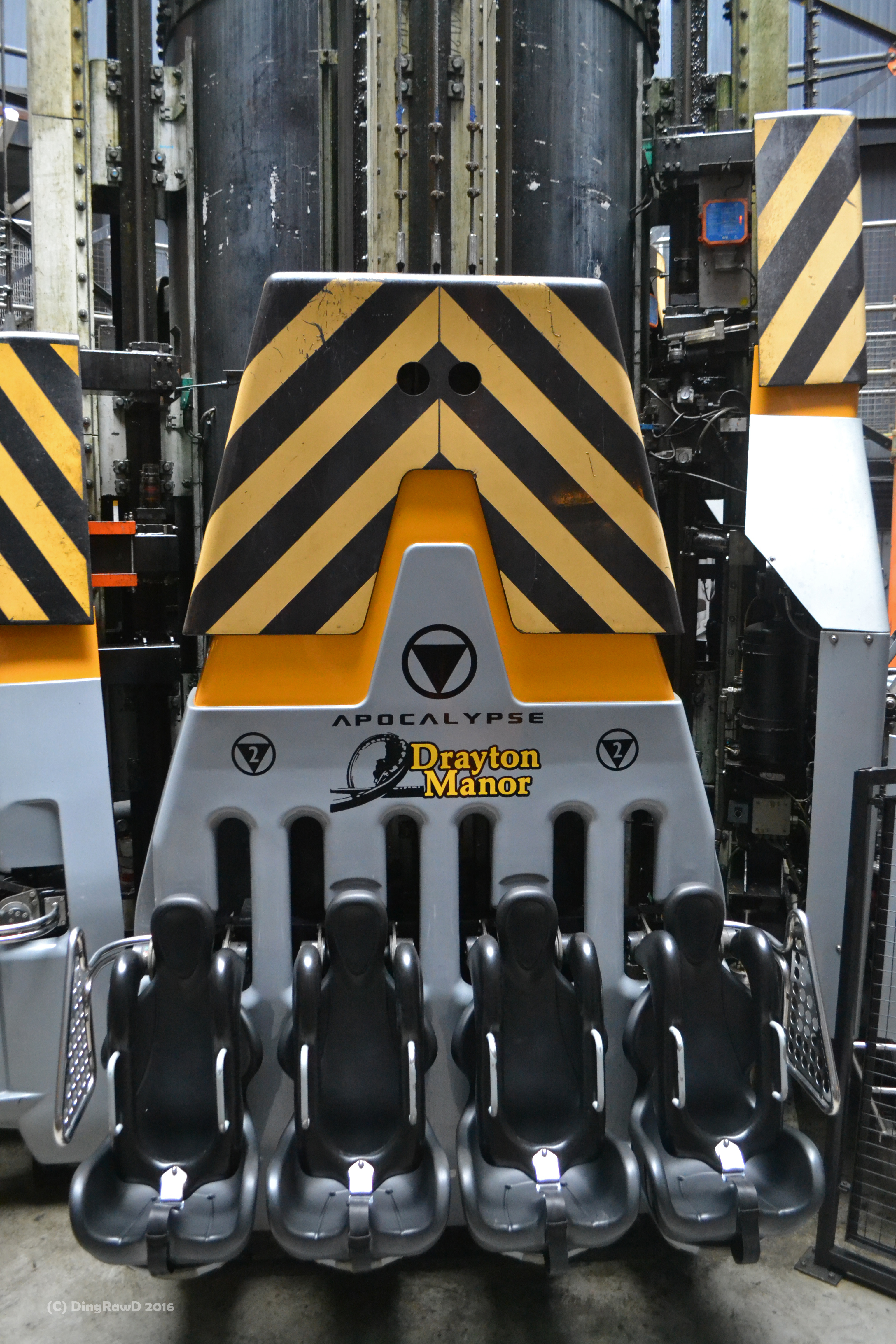 Wow! She's got a big year then, you'll have to let us know her opinions of the rides! It'd be interesting to see what someone moving from Thomas Land to the Theme Park thinks.

I wouldn't imagine they're strict with enforcing the age limit on the Dodgems, there's no way of proving it and also they tend to go for height as the preferred measure. I'd say if she was accompanied there'd be no worries. I'm surprised about how strict the regulations are for the Dodgems.
T

Well we took her to Alton Towers for her birthday last year for 2 days and a night on resort she felt to old for CBeebies land but there’s not a lot to do for kids under 1.2m tall so she was bored by the 2nd day but at Drayton she finds Thomasland rides more thrilling than what CBeebies land has to offer and she can also enjoy most of the other rides around the park.

Apocalypse had a new soundtrack installed last year. It's not bad; and a step up from playing the local radio. Around the time it opened it used to play the sounds of footsteps and the 'ambient sounds' of being in a hazardous environment. Would love more atmospheric stuff like that re-added to the station building. Something that sounds menacing, industrial and evil like this
D

Work continues on Apocalypse's refurbishment ahead of its opening for the 2019 Season. This morning queueline fencing was visible outside of the ride - work appears to be progressing well on the ride with cars being raised and lowered towards the end of the day. 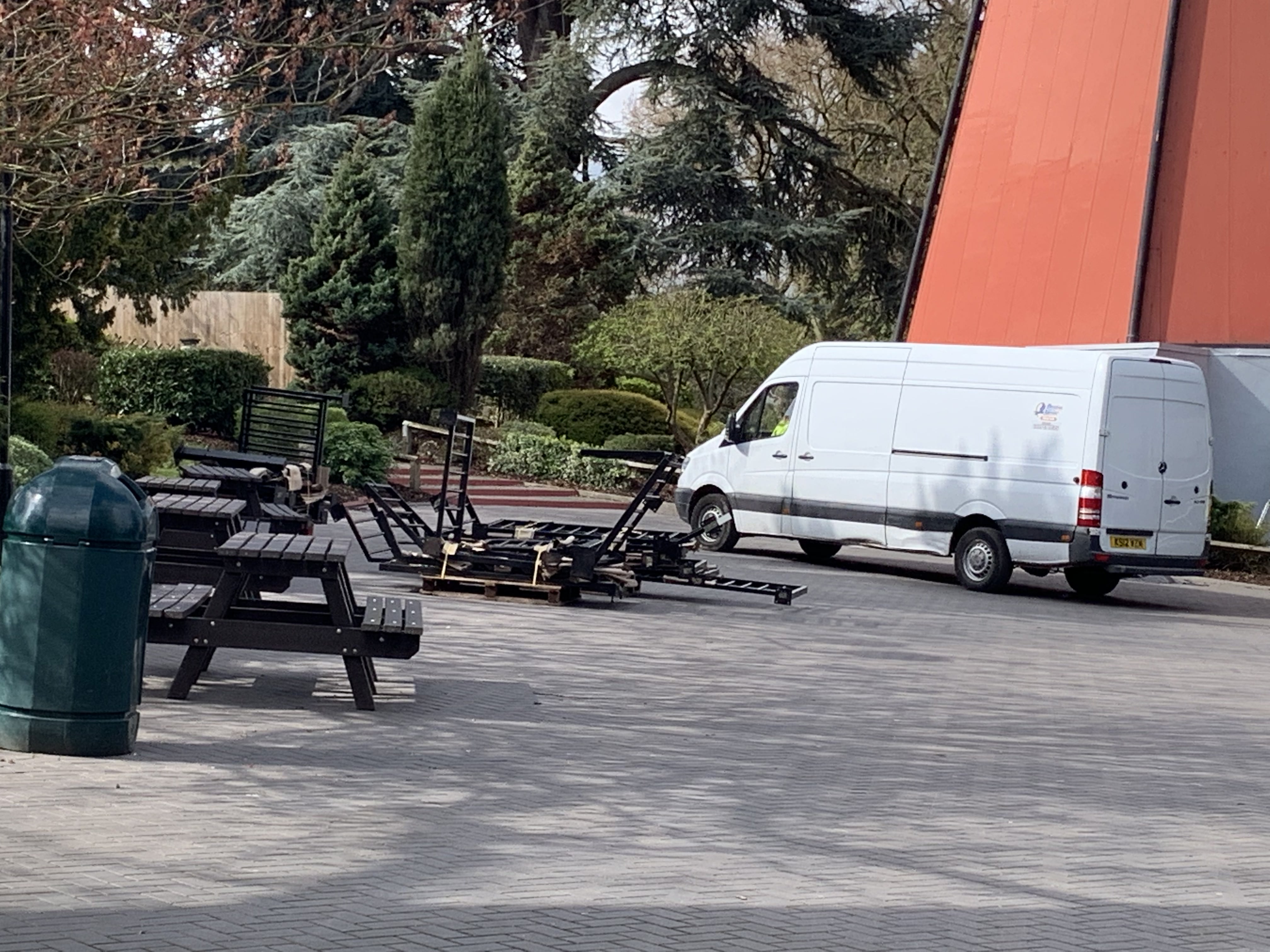 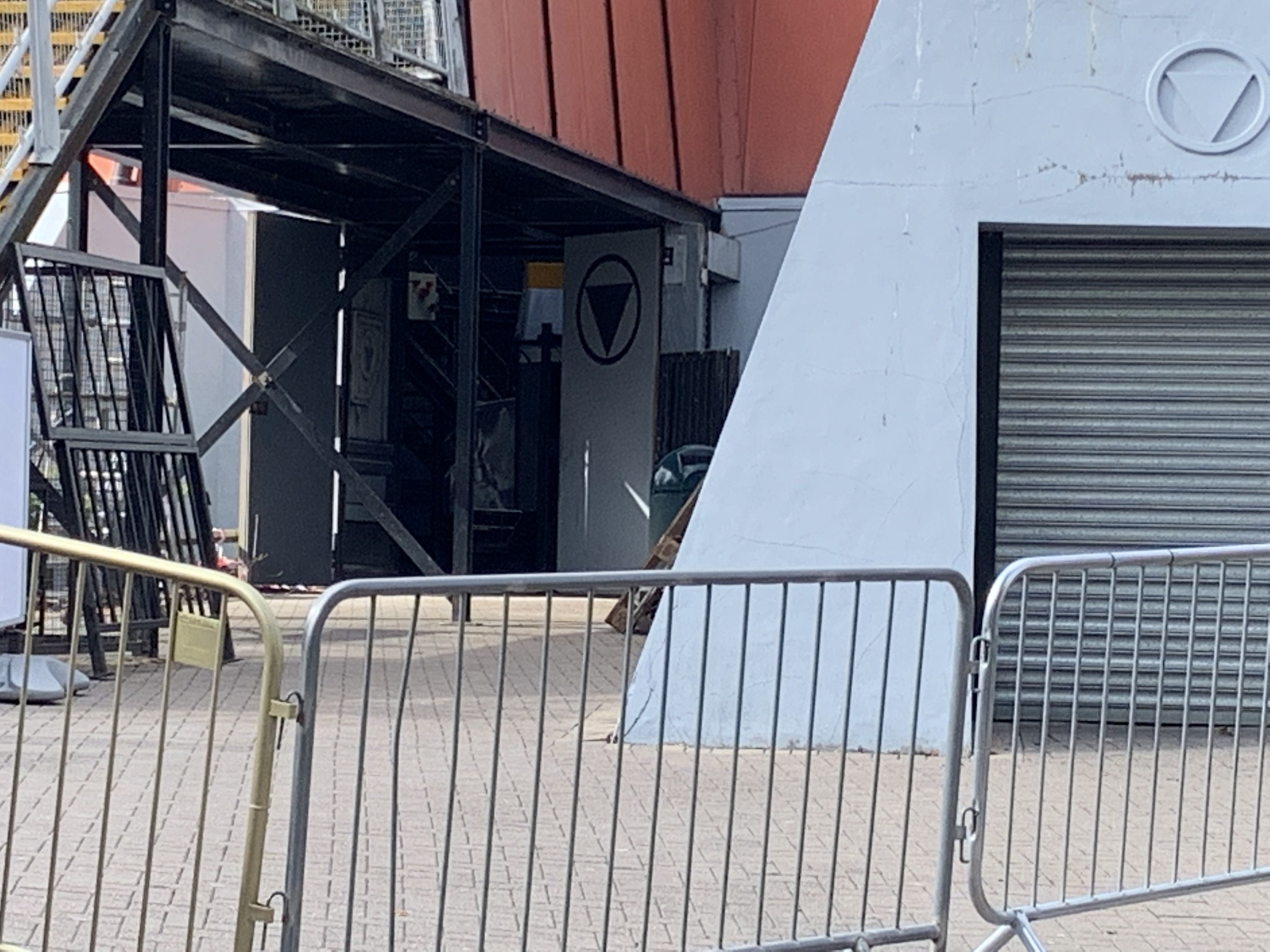 Was all 5 sides been tested on?
D

Themeparksandy1981 said:
Was all 5 sides been tested on?
Click to expand...

I’m not sure on the numbers. But when I was there Stand-Up Floorless and Sit Down were being tested. They were parked just shy of the station roof and temporarily at the top of the tower before doing a controlled drop.

I have yet to ride this drop tower what is everyones thoughts on it?
C

shockwave2019 said:
I have yet to ride this drop tower what is everyones thoughts on it?
Click to expand...

The best drop tower in Europe, maybe even the world.

Ciaran said:
The best drop tower in Europe, maybe even the world.
Click to expand...

thanks what would you suggest sit down or stand up
C

shockwave2019 said:
thanks what would you suggest sit down or stand up
Click to expand...

You should try both and see which you prefer
D

I visited Drayton Manor on 23/05 and I have to start with Apocalypse - it's the first time I'd been in there this season and it's looking great in there. From what I saw, all graffiti has been removed from the walls and they have been repainted in their original grey colour, with the weathered effect added, the new floor also looked great too. It's clear the park have made a big effort with this ride over the closed season.

Operationally, all five towers were in operation, which was nice to see. Also noticed that the base of Apocalypse has been painted - the grey beneath the red bunker, the Apocalypse logos have now been painted black and this looks great. Apocalypse is looking very fresh! Audio was also in operation. 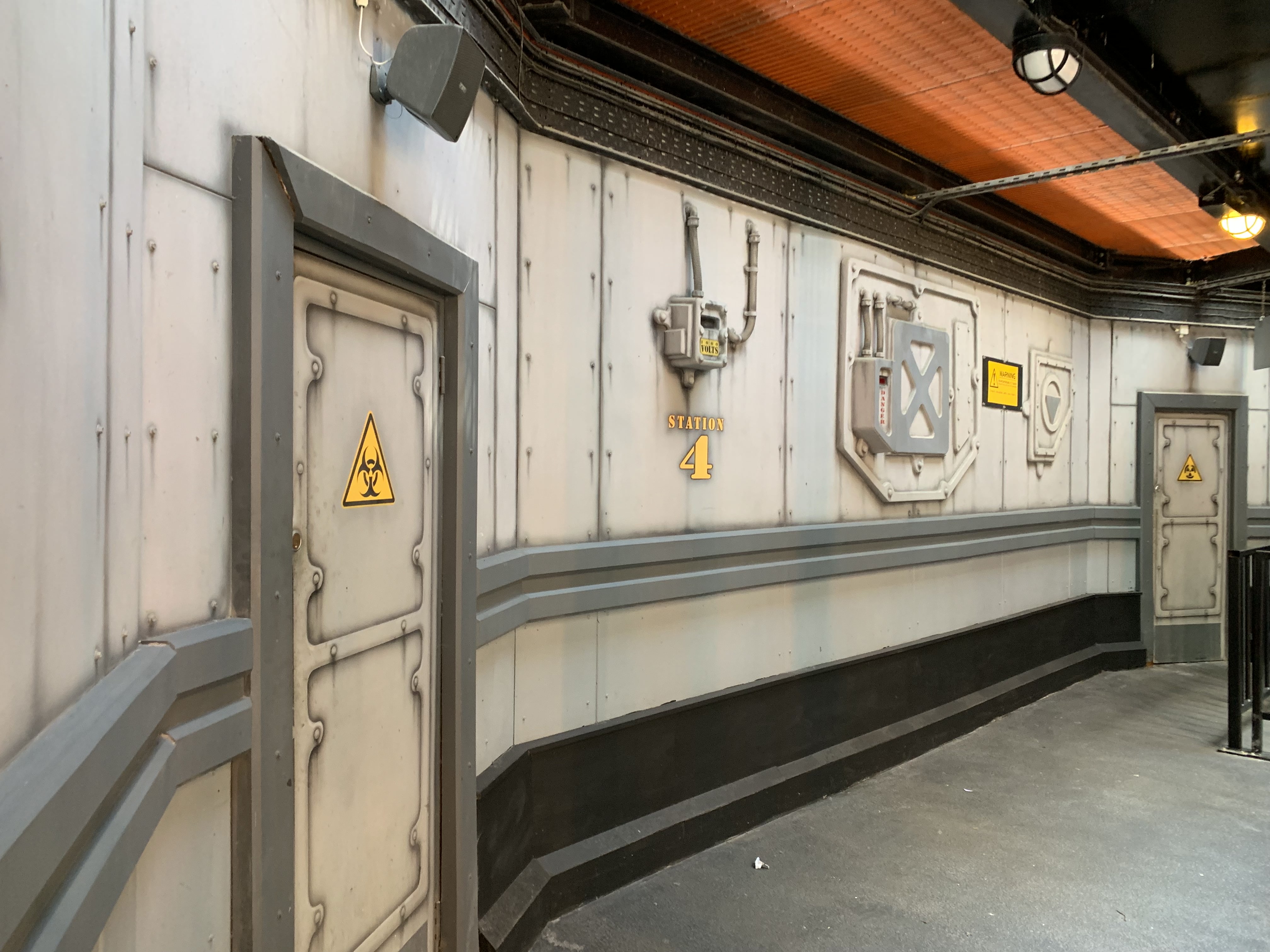 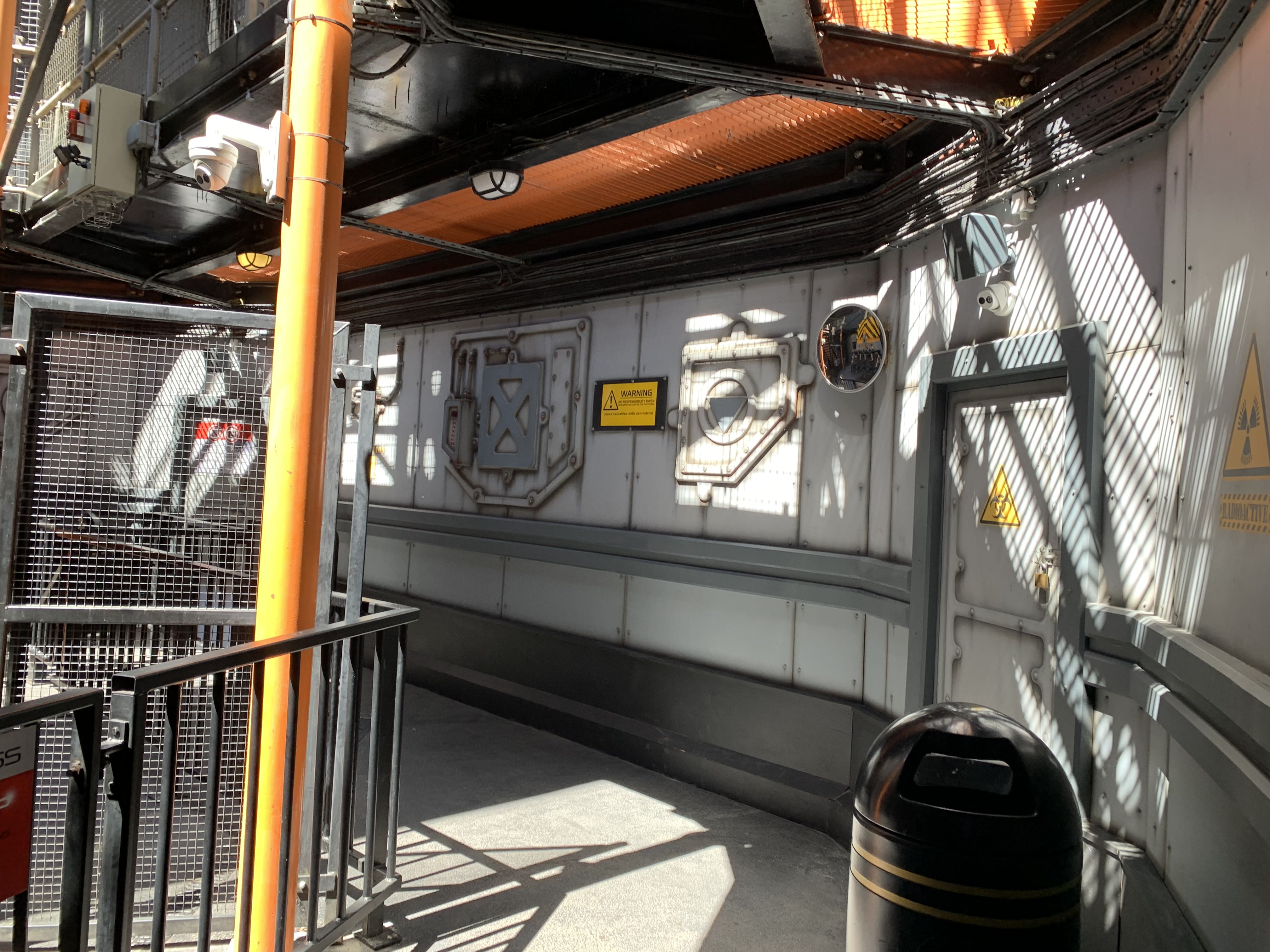 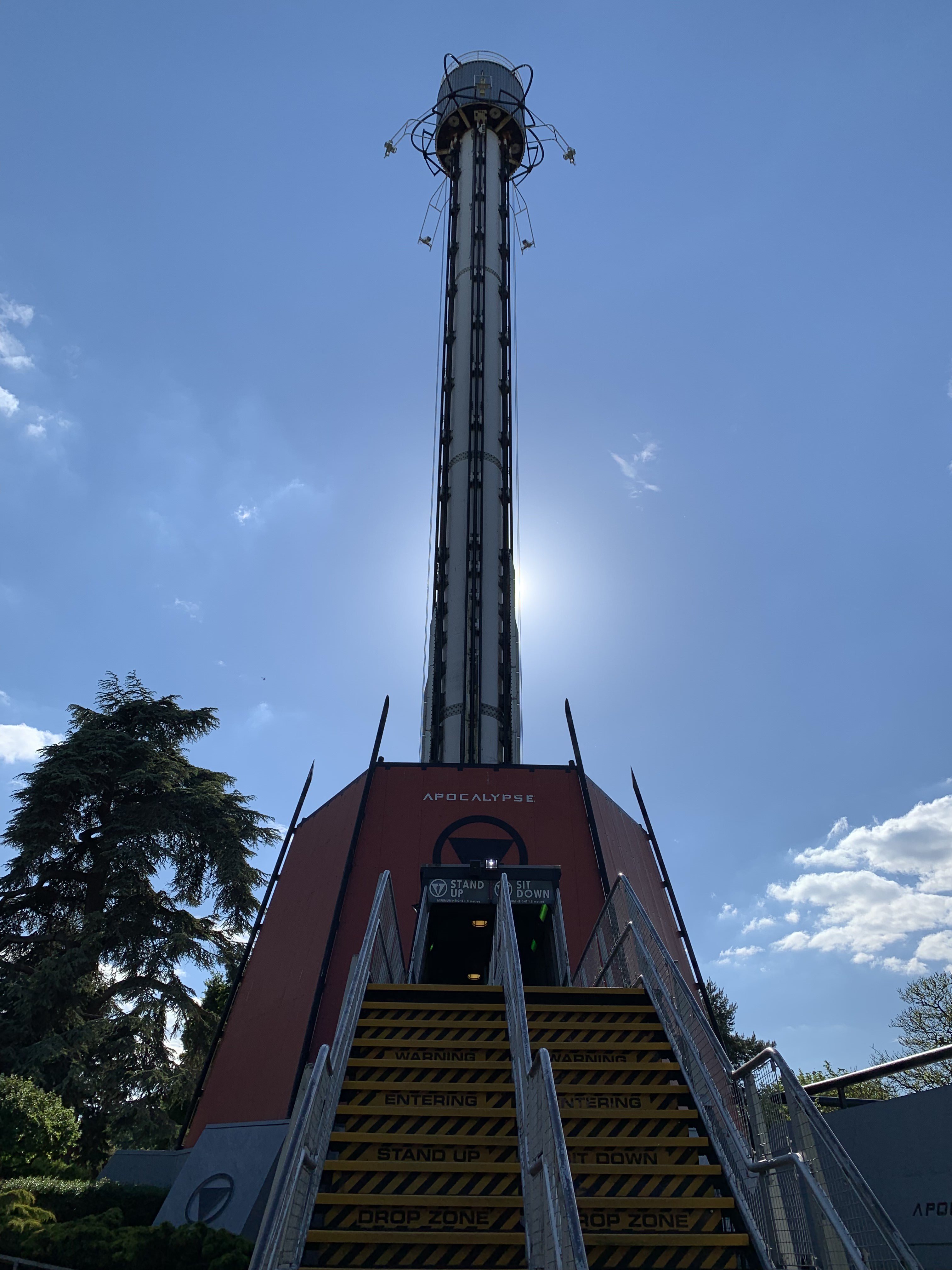 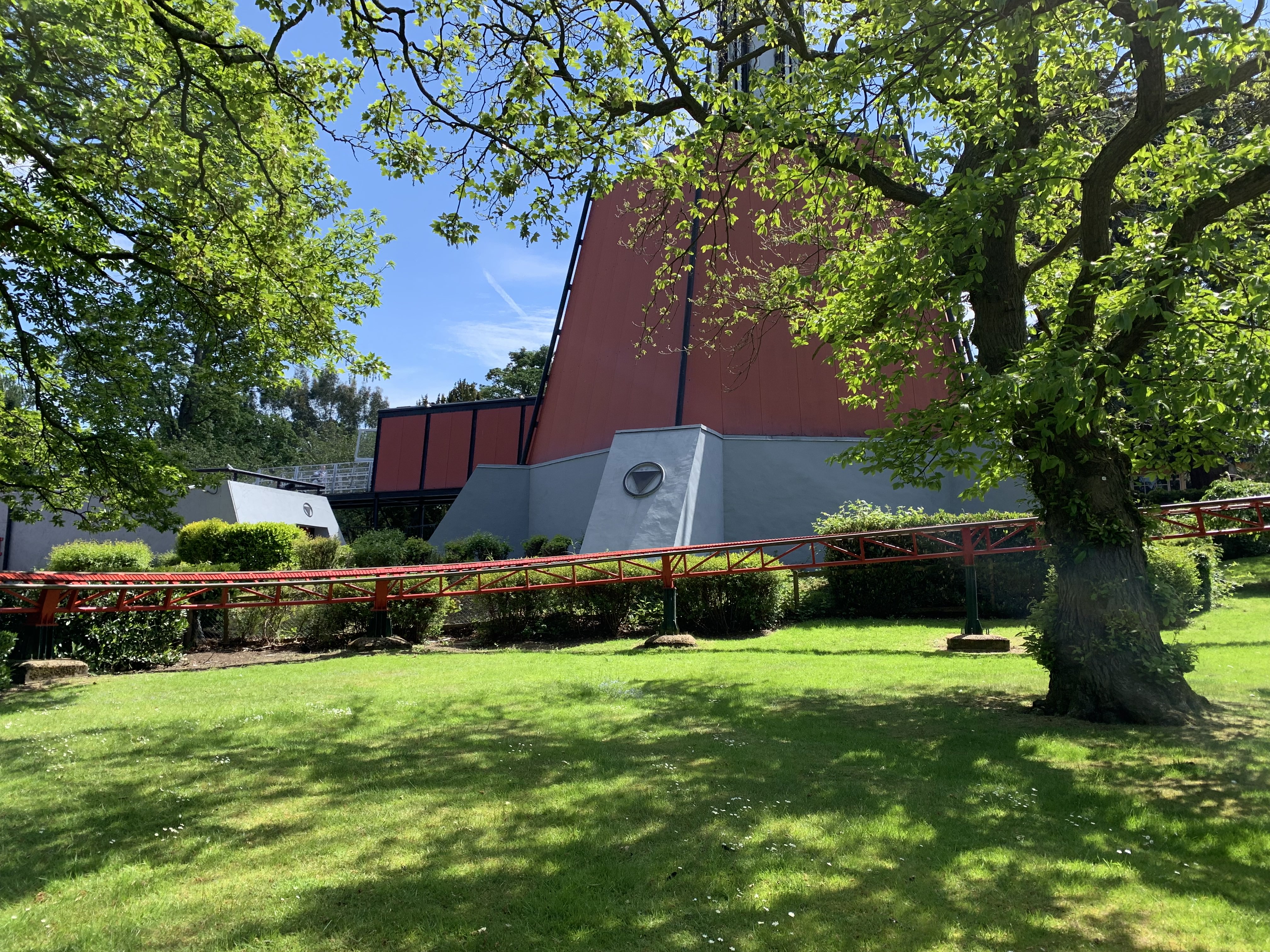 Apocalypse is one of the park's flagship rides, so it needs to be kept spick and span. Great to see they have done this.

What other rides are the park flagship rides
M

shockwave2019 said:
What other rides are the park flagship rides
Click to expand...

Maelstrom, Shockwave and Pandemonium I'd say. 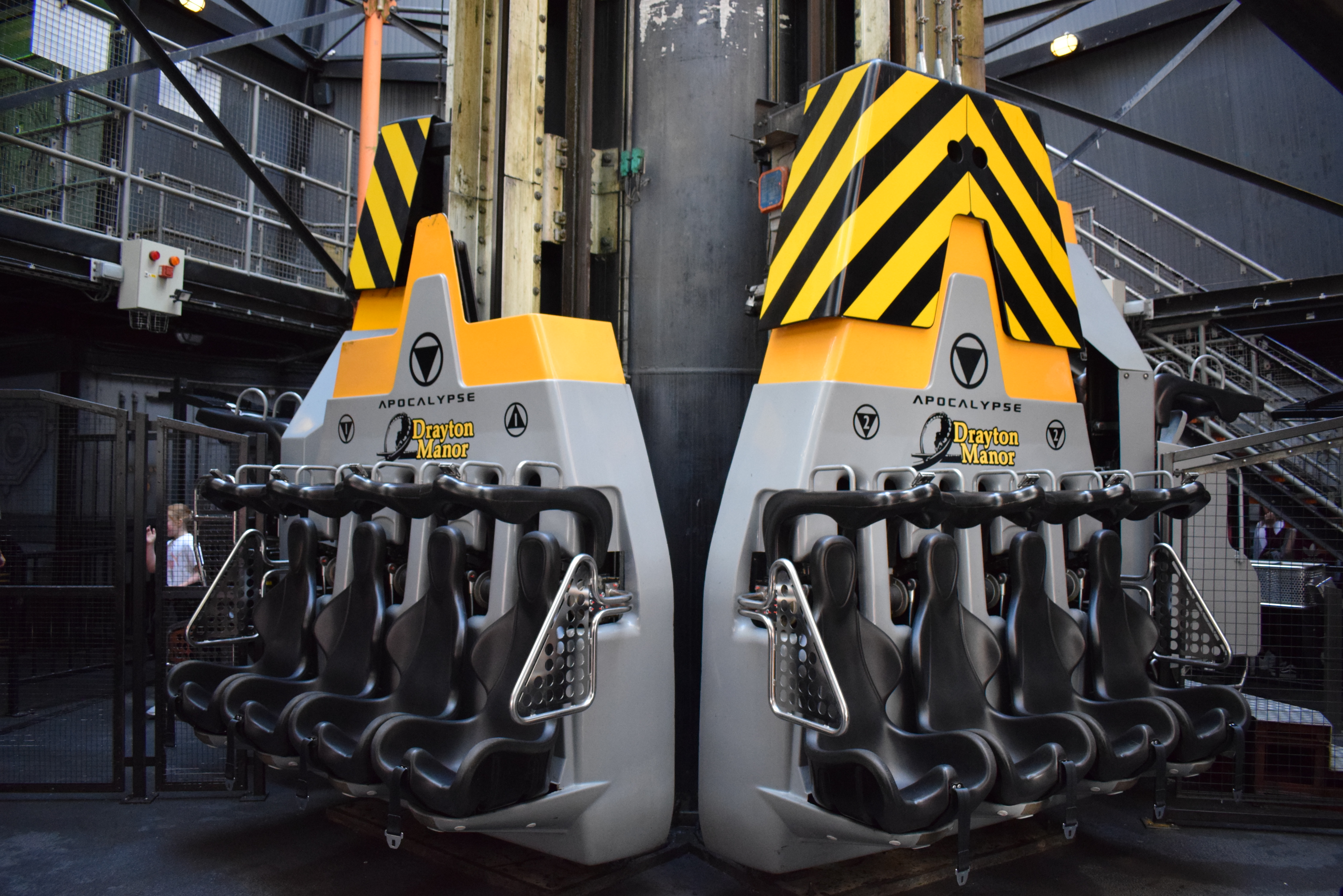 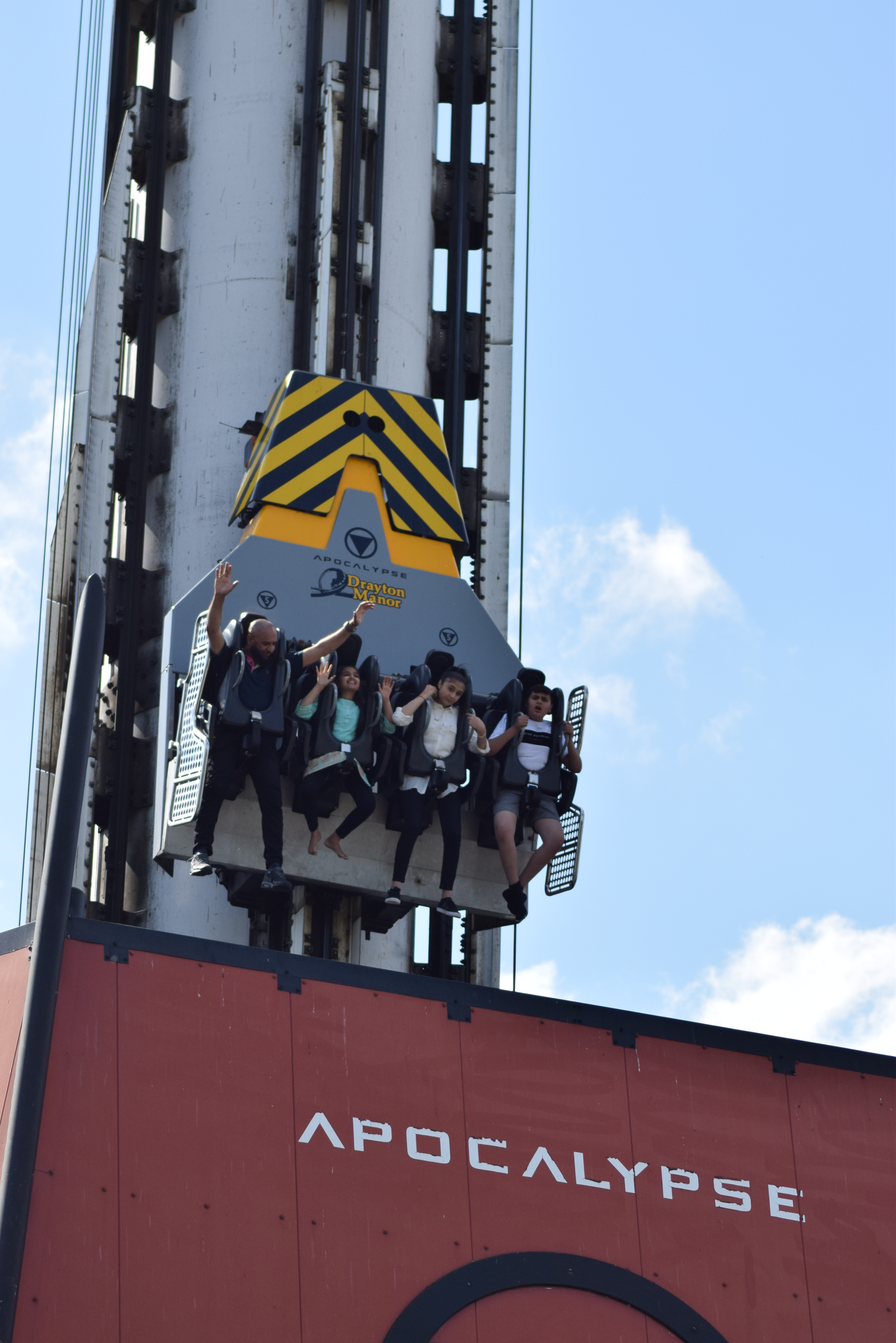 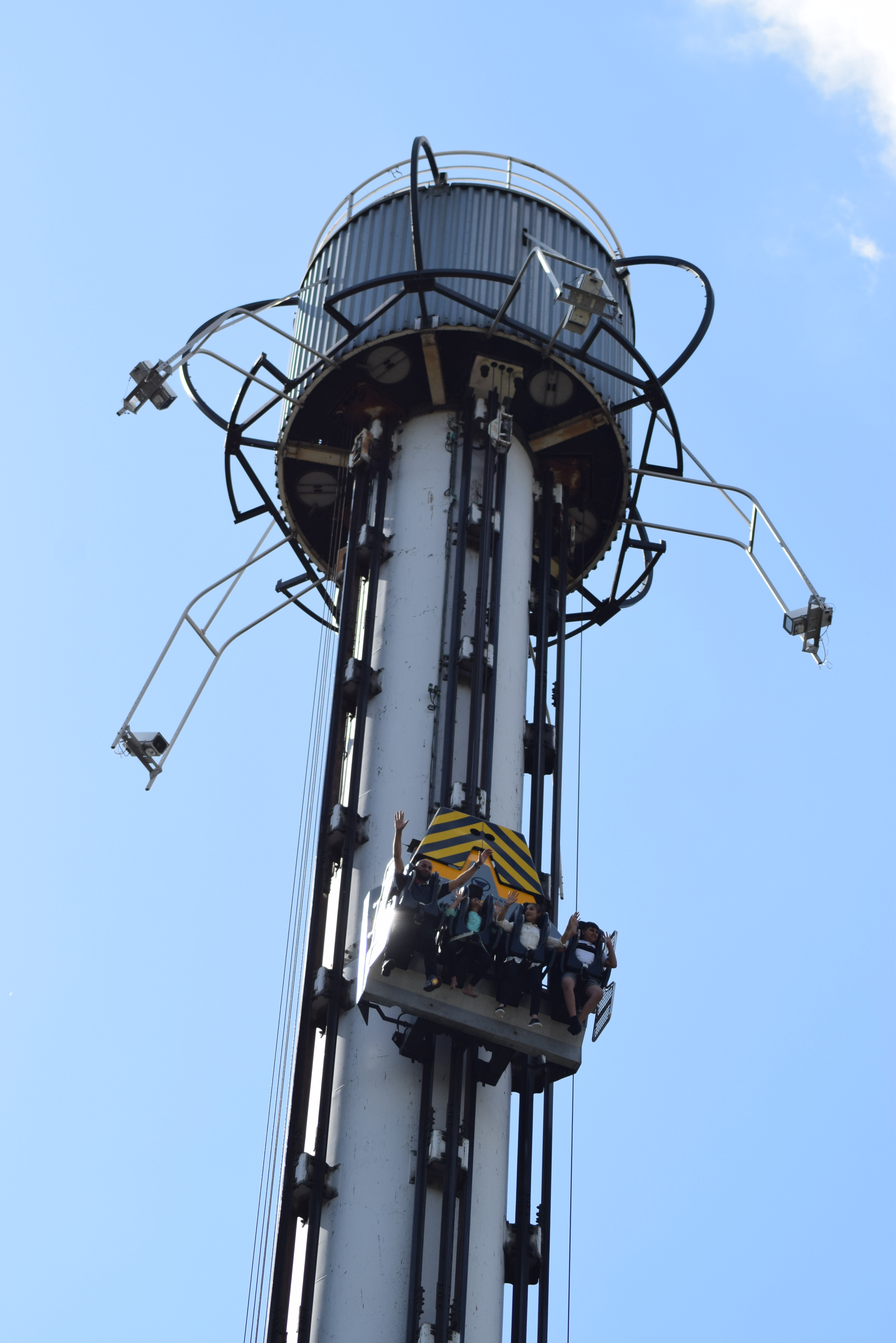